a place for traditional food from the plains of north india 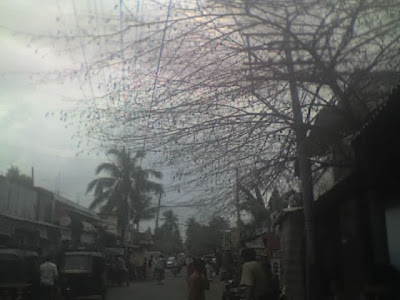 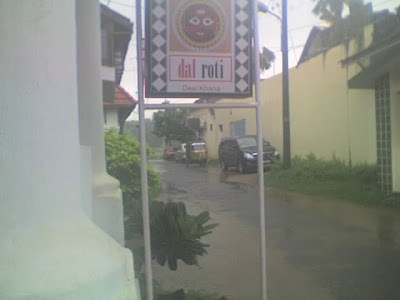 And the rains came down!!


June has come and gone.........bringing with it the Monsoon, heavy rains.. the usual leaks to be stopped, wet floors to dry.. and a lot of lovely days at Dal Roti. This post is aimed at listing some of the great and not so great moments.


Three birthdays were celebrated in June.......

ZULFI'S BIRTHDAY
Amaarah, Zehra & Saba with a little help from their mother Maimoona had a surprise birthday for their father Zulfi at Dal Roti to see in the first day of June... about 50 people took over the restaurant and hopefully had a great time 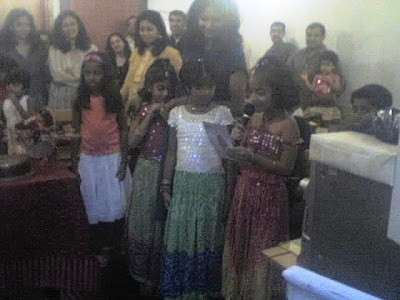 The three girls and their mother giving the birthday greeting!! 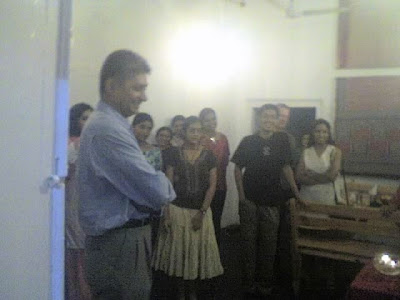 And the birthday boy!!!!

ESWAR'S BIRTHDAY
Mangal threw a lunch birthday party for his son Eshwar and combined it with a father's day cake on the 17th.. had about 25 people at the party 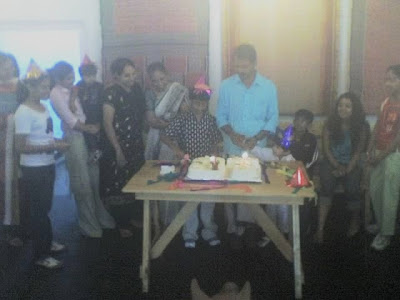 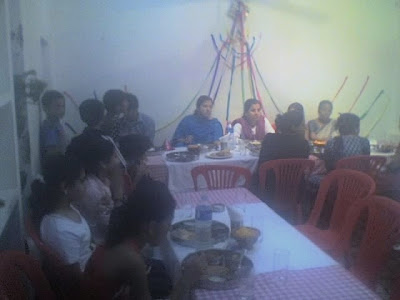 And at the Birthday lunch
HEMANGI'S BIRTHDAY
Hemangi Asher with husband and close friends came for a quiet birthday celebration. She is far too shy to be photographed!!

Harrison Malayalam Ltd. had a three day seminar for their executives from the tea and rubber plantations and Dal Roti catered the lunches on all the days and also the evening get togethers.. Thanks HML and in particular Carry and Vinay

A not so welcome guest, well after the fact was a gentleman ( tough to call him that!!) who dined regularly at Dal Roti and then suddenly vanished. It was only later we learnt that he was an internationally wanted criminal and had been arrested in another city. Seeing him, one would have never imagined it!!

There has been a surprising number of tourists considering it is the monsoon and as has been the trend, the French continue to dominate

Thanks to all our customers, both in Cochin, Kerala, India and worldwide who visited Dal Roti and we look forward to them visiting us again

I stayed in Cochin with a friend last week, and we dined at Dal Roti as much as we could in the brief time that we had after we discovered it. I just wanted to say a warm thank you for the lovely food, but above all for your friendliness and hospitality! I cannot commend you highly enough.

Hello Ramesh!
Our best souvenir of the Indian Food... And most important your hospitality! You have made us at home, our ritual: same table, same dishes, walking in every day!
Hopefully we will send you very soon the Travolta style photo! You on your scooter! :-)
Thanks you for all!
Sév (French girl with umbrella fond of the Kati Roll and the little cow!)

Hi Ramesh uncle. I'd been to dal roti a few weeks ago, for dinner, with my family and a large group of about 20 or so people. I doubt you would have forgotten us, i think we made quiet a commotion there,being such a large group!I'd also had lunch there with a few friends a month or two ago. The food was simply divine, and your hospitality made me feel at home! I keep a blog myself, and would deeply appreciate if you could link me to your blog. Please do check out my blog in your free time, for I would love your comments on my post about my dal roti visit.

ps: my blog link is www.confessions006.blogspot.com

Hello. This post is likeable, and your blog is very interesting, congratulations :-). I will add in my blogroll =). If possible gives a last there on my blog, it is about the Servidor, I hope you enjoy. The address is http://servidor-brasil.blogspot.com. A hug.

Hi Ramesh, here is Sunita speaking from Germany.
On the 30th we will be in Kochi again-hope you are open... this time with my mum, with my boys and husband!
We ware doing a birthday tour to Coonoor-in the rain.
See ya
Sunita